At first a shy Oxford scholar and archaeologist with a facility for languages, he joined and went on to lead the Arab Karnak Co, January Soft Cover. First Edition. Wear, creasing and several small closed tears on the edges of the jacket. Mylar wrapped to protect. 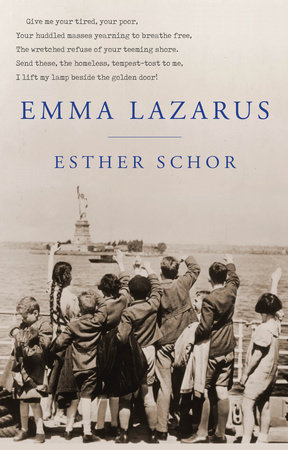 Hailed as the most masterful story ever told of the American civil rights movement, "Parting the Waters" is destined to endure for generations. Moving from the fiery political baptism of Martin Luther King, Jr. In "Pillar of Fire", the second volume of his America in the King Years trilogy, Taylor Branch portrays the civil rights era at its zenith. It is a monumental chronicle University of Georgia Press, September Marking the 45 anniversary of the desegregation of Savannah, this book celebrates the civil rights photographs of Frederick C.

Very lightly bumped at the ends of the spine. Bangkok, January This manual strives to inculcate an offensive spirit and gives practical instructions backed by a wide range of detailed diagrams on such subjects as the siting and digging of trenches; how to construct trenches in wet ground; sanitation and latrines; the size Oxford University Press, January Sketches France's political and intellectual development and comments on social divisions and customs from the late 's through the Second World War.

Is It Time for the Jews to Leave Europe?

Library of America, August The most comprehensive one-volume selection of Jefferson ever published. Contains the "Autobiography," "Notes on the State of Virginia," public and private papers, including the original and revised drafts of the Declaration of Independence, addresses, and letters. Anchor, March Never before had Jews become an issue in a presidential contest and never before had they been confronted so publicly with the question of how to balance their "American" and "Jewish" interests.

Sarna gives us the first complete account of this little-known episode—including Grant's subsequent apology, his groundbreaking appointment of Jews to prominent positions in his administration, and his unprecedented visit to the land of Israel. Sarna sheds new light on one of our most enigmatic presidents, on the Jews of his day, and on the ongoing debate between ethnic loyalty and national loyalty that continues to roil American political and social discourse.

With black-and-white illustrations throughout.

Sign up for free! Join our Signed First Edition Club or give a gift subscription for a signed book of great literary merit, delivered to you monthly. By Brooks D. By David Phillips. By James M. By Gregory J. By Sally M. By Marianne Monson. By Lance J. By Chandra Manning. By Philip Katcher. By Webb Garrison. By Sarah Morgan. By Geoffrey C. By Jonathan D. By Jamie Malanowski. By Mark Sceurman. By Thom Hatch. By David H. By Bruce Levine. By Adam Goodheart. By Bruce Catton. By Elisha Hunt Rhodes. By Robert D. By Jay Winik. By National Geographic Society. By Elizabeth Keckley. By Paul Fleischman.

By Thomas P. By Bob Blaisdell. By Paul Negri. By Thomas Power Lowry. By Carol Berkin. By Tony Horwitz. By Kenneth C. By Allen C. By Dave Oester. By Tom Huntington. By Bevin Alexander. By Edward L. By Eli N. By Stephen W. By John Baldwin. By Garry Wills. By John Fabian Witt. By David J.

In the Wake of Expulsion

By Peter Cozzens. By William A. By Robert E. By Margaret Leech. By David Von Drehle. By Roy Blount. By Burke Davis. By James L. By Larry J. By Robin Lattimore. By James I. By Craig L. By Robert Selph Henry. By Webb B. By Michael Sanders. By Stephen Budiansky. By Shelby Foote. By Harry Hansen. By John C. By Gary W. By Charles R. By Barnet Schecter. By Joseph A. By Nathaniel Philbrick. By Joshua Lawrence Chamberlain.

By Glenn W. By Denis Hambucken. By George Sheldon. By Ann Blackman. By Stephen Fox. By James Oakes. By Stanley P. By Phillip Katcher. By Albert Von Frank. By William T. By Ned Bradford. By Randall Ed Bedwell. By Randall J. By Randall Bedwell. By David Mason. By Betsey Gates. By Stephen M. By Carl Smith. By Walt Whitman. By William S. By Ted Alexander. By Applewood Books. By Knights of the Golden Circle. By Thomas Turner.

A brilliant, sweeping, and comprehensive history of the battle of Gettysburg that sheds fresh light on virtually every aspect of it. Deftly balancing his own narrative style with revealing firsthand accounts, the author gives an engrossing update of this foundational battle of the Civil War. Notes, bibliography, index. Award-winning historian Jonathan D. Sarna sheds new light on one of our most enigmatic presidents, on the Jews of his day, and on the ongoing debate between group loyalty and national loyalty that continues to roil American political and social discourse.

From the Hardcover edition. A lead writer for The New York Times' award-winning "Disunion" series presents a profile of lesser-known Civil War naval hero William Barker Cushing to discuss his pivotal role in the defeat of a formidable Confederate warship. Weird Civil War delves into the peculiar history and ghastly legacy of the bloodiest period in American history, featuring the era's most gripping tragic tales, fascinating facts, spooky scenarios, and eccentric characters. This brand-new volume—which compiles the most compelling Civil War stories from the bestselling Weird series—will excite precocious history students, Civil War buffs, and the multitude of Americans-young and old-with historical ties to the Confederate and Union armies.

Not only did he capture the first Confederate battle flag of the war and receive General Lee's messenger who had come to begin negotiations for surrender at Appomattox, but he was a key part of nearly every major engagement in the east, always leading his men from the front with a bravery seldom seen before or since.